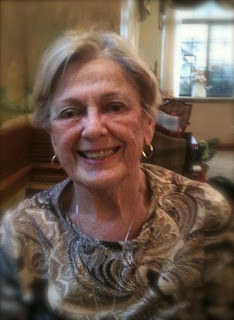 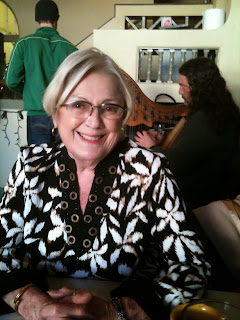 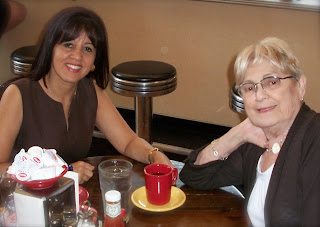 Posted by Hold my hand: a social worker's blog at 2:58 PM

What a beautiful story of friendship -- and of miracles -- Doris! Best wishes for a very happy and healthy New Year for both you and Barbara!

I love this post, Doris. Barb had a miraculous recover. What a blessing you were there with her through it all, and that you now can share more wonderful moments with your best friend. A Blessed New Year to you both.

What a miraculous story! You were afraid of how you would handle it, and yet you were the positive force she needed, and God knew it.
Happy New Year, Doris!

I braced myself for a sad ending, instead I rejoiced in this lovely story.
God hears our prayers.
Un feliz ano para ti, mi amiga

I have missed you a lot.
This is a wonderful tale of a great relationship ie friendship. I think that you must have done much more than your share of good deeds, (enough good at least a hundred of us combined would be able to do).
Happy New Year to you and yours (again a lot of your patients as well!)

What an inspiring tale of miracles and friendship! Happy New Year to the both of you!!! :):)

Oh Doris what a story to read ending one year and starting another. Just totally a miracle. :)

Jubes says HAPPY NEW YEAR!!!
Jules @ Trying To Get Over The Rainbow

What a wonderful story!! I hope to find someone as caring as you in my later years... heck, I could use you right now..!

Happy New Year to you and to Barbra..! I am a big believer in fitness and physical therapy... it lets the fighter in the person come out and Barb is a fighter..!

One more story to prove that prayers do get answered! This is incredible. So glad you both enjoy still this special friendship as a bonus to what was expected at first...
Love to you and wishing you a Happy New Year with good health, love and peace.

Thank you for sharing yet another beautiful story. I am happy for you and your friend. May you both continue to be a positive influence on those around you in the new year!

What a wonderful story Doris. Thank you.

Have a wonderful New Year too!

Miracles do happen as you so excellently written. Thanks for sharing.

What a blessing she went to your facility. It is hard to imagine what would have happened to her will to survive had you not been there.
This is a happy story and thank you for telling it.
Happy and healthy 2012 for you both.

Reading this post, I had tears in my eyes, expecting to read that you had lost your "adopted mom" and dear friend. How wonderful that she's gotten stronger, and you still have each other. What a wonderful gift that is. Here's wishing both of you a very happy new year.

What a lovely story to start a new year with: the power of prayer, love and friendship. May you two have many more years together.

What a wonderful story to start the new year. As always, thanks for sharing.

What a beautifully written story - with a joyous ending! The photos are wonderful! All glory and honor to the Lord. Wishing you both many more years of meaningful friendship!

Hi Doris .. Happy New Year to you both and your families .. a wonderful heart warming story.

But Doris .. the most important paragraph and sentence are:

""I visited with her daily, and we often met for lunch.

“Sometimes I feel so down...so lost,” Barbara said to me one day, softly. “But when I see you around here, it makes me feel better.” She held my hand. “This has been so hard for me, but you have helped me a lot.”""

This feeling of loneliness at 'the end' down which path all dying must go .. without us there - because we're not on that path at this moment.

It's essential that those of us left understand that there is loneliness as we lose our faculties .. and it's at that time - the worst times in our life that our family and friends give us time: plenty of it ...

It's emotionally draining I can attest to that - but essential .. and by being around we are there to give a smile, a brief chat, an open heart to so many others who are not fortunate enough to have that family or friend care.

Great great post Doris .. and one that could be repeated often - so that we can appreciate we need to be there .. not withdraw to wait the inevitable. It's their life that is ebbing away ... love them.

I'm so pleased Barbara is able to enjoy herself again .. a very Happy New Year as you so rightly say.

Happy New Year all round .. cheers and a hug for Barbara and you - Hilary

This is a wonderful example of how life is what you make it.

My mom just went into Assisted Living after a very hard year (and 5 years) of living with me in my home. I struggled terribly with this decision, but our choices weren't broad. She could climb the 20 steps into my house. So we found a beautiful and excellent AL and made the move.

Interestingly, mom has adapted and began to settle in. I am still struggling with the guilt and loss but she has moved on. She has taken hold of her own life and made the adjustment.

Life is what you make it. I need to refocus and make something of my own life now. Mom has set the example.

Happy New Year to you and your many readers.

That is SUCH a wonderful, wonderful story, Doris. A fantastic miracle indeed. Happy, Happy New Year to both you and your awesome friend!!
Ann Best, Author of In the Mirror & Other Memoirs

That's the perfect story for the beginning of a new year - optimistic , happy-end kind of story.

Miracles do happen if we believe in them and pray to God to send them to us when in need.

Happy New Year to you, Doris!

Praising God for Barb 's recovery. What a sweet deiendship both of you have. I want to emulate both of you

Oh my. THIS is a marvelous blog. Thanks. I'm linking over here.

What a joyful outcome. How great that she's doing so well and that you have your friend there to share a cup of coffee and lively conversation.

Such a sweet story. Life can be sad, strange, and wonderful. Doris, you are such a blessing to so many people. Keep up the great work you are doing. I wish you a great year in 2012.

What an absolutely beautiful post of friendship. Life is so good when we have special friends! I have so enjoyed getting to know you through your blog and also through our e-mails, my friend.

I had my Mon in a nursing home in Maine.
This was such a great blog.
Thanks
yvonne