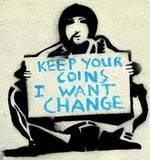 “Are you the Social Worker?” A deep voice interrupted my train of thoughts as I was sitting at my desk, reading through a resident’s medical chart. I raised my head, fixing my eyes on a slender, disheveled man standing by my office door, holding a coffee mug.
“Yes, I am,” I answered with an indiscreet expression of surprise.
“I’m Mike. I came here last night from the ER.”
“Oh, hi Mike. I was actually getting ready to see you. As a matter of fact, I am here reading your medical information.” I welcomed him and asked him to have a seat.
Mike was in his early sixties, younger than the average age of our residents in the nursing home. While most of the residents were wheelchair bound, Mike walked the halls at a steady pace. He almost looked like a visitor rather than a resident.
Mike was my very first resident coming to my office to meet me. Normally, as the Social Worker, I am the one rushing to meet my new residents. I felt a bit ashamed, but I admired his initiative.
Mike sat comfortably. He was pleasant and polite. His hands curled around his coffee mug, taking small sips during our conversation. As Mike smiled, I noticed the poor condition of his teeth. His long hair and beard looked unwashed and unkept. I confirmed what I suspected—Mike was homeless.
I started to get worried about the nursing home not being the most suitable place for Mike to spend the rest of his years. I had observed homeless people going into nursing homes mainly to find shelter and food. But without having a medical condition that requires 24-hour care, they should be in a more independent-living environment.
At times, I felt uneasy seeing Mike restlessly walking throughout the halls, and often going into the dining room to refill his coffee mug. A nurse recognized Mike from another facility, stating that he was gone several times, finding out later that he was “looking for drugs.” My concerns almost turned into paranoia as I started feeling overprotective about our frail elderly residents.
We closely supervised Mike for a few days. I have no doubt he was aware of it. But Mike surprised everyone.
He was kind and good-hearted. He was always cooperative with staff and respectful with the other residents. He even started to make friends with them.
“This is not a motel!” A staff member grumbled one day, looking at Mike comfortably laying on a couch, watching TV, sipping from his coffee mug.
I shook my head as I thought about how easily we judge others. Yet I went back to worry about Mike’s future. We wouldn’t want to send him back to the streets, or to a shelter, but he was certainly too high functioning to be in a nursing home.
Amazingly, the answer came from Mike himself.
“I need help,” he expressed weeks later.
I sensed sincerity in his words. All my fears about Mike vanished. I knew a history of alcoholism and drug addiction was a struggle, based on my experience with patients in similar condition. Unfortunately, many of them chose to go back to the old path of addiction and deterioration and, ultimately, of death.  But this time I felt optimistic about Mike's desires to overcome his situation.
And, as if the stars were lined up on Mike’s favor, one unexpected visitor came to my office to deliver good news.
“Are you the Social Worker?,” A man in his early seventies stood at my office door.
“Yes, I am.”
“I’m Roger, Mike’s brother.” He stepped forward, extending his right hand to me. “I live out of state, and came to help Mike.”
I flashed a broad smile, glancing at the well-dressed gentleman in front of me. I saw Roger like an angel sent to Mike’s life. Who better than someone from our own family to lead us into the “path of righteousness” when “walking in the valley of the shadow of death”?
Roger helped to work out a plan for Mike to go into a residential care facility, one of the nicest ones in town, which so happened to have a subsidized apartment. The facility had only four subsidized apartments, and people would normally be on the waiting list for several months or even a year.
“Mike is so lucky!” Staff members commented.
Mike was ready for a change, and everything fell into place, I reflected.
Mike found a home and reconnected with his family.  Mike truly looked like a new man, inside and out. He was now wearing clean clothes. He got a hair cut and shaved his entire beard. He’d already had a dental consult, and a plan was in place for him to get the oral treatment he needed. Nonetheless, his smile was shinier than the stars.
“Bye, Mike. We will miss you.” Staff members waved at him as he was leaving the facility with his brother.
Mike beamed, “Thank you for everything!” he said, holding up his coffee mug as if he were toasting his triumph over his homelessness.
About a year later, I ran into a staff member from the residential care facility where Mike lived. I asked how he was doing.
“He is doing really good,” the woman said. “He is happy and everyone loves him.”
“That’s exciting to hear!” I couldn’t hide my emotion. “Is he still enjoying his coffee?”
“Oh... you know about him and his coffee mug...?” She grinned.
The image of Mike lifting his coffee mug flashed in my mind, reminding me of his victory—his well-deserved victory.
“Of course I know all about his coffee mug!”
Photo Source
Posted by Hold my hand: a social worker's blog at 8:16 AM

Wow, what a positive story! Thanks for sharing.

Wish that would happen to many! Wouldn't it be wonderful if arrangements could be made for him to volunteer in the nursing home - to give him a sense of purpose and able to contribute to others well-being. Great story!

A great story as always and yes so positive.

Have a good week-end.
Yvonne.

What a positive and uplifting story! Thanks for sharing.

Doris, I love happy ending stories! So glad Mike got his.

such a perfect, uplifting and meaningful story that reminds me of the punch line: "It matters to THIS one."

Such a wonderful, positive story, Doris! I always so enjoy reading your blog posts!

Every once in awhile we need to hear a "starfish" story, the difference one can make to one of thousands in the same situation. Thanks for your post.

You tell it so well. It brings tears to my eyes. I understand a little more how people get to be homeless in the US, and the support system in place for the elderly and the needy. I am thinking of Mike and his coffee cup and happy for him.

What a wonderful post and so glad that Mike got the help that he needed and has gone on to lead a happy and much needed new lease on life.
Your job must be so rewarding to be able to help and care for those people that need help.

Blessings and have a lovely weekend
Carolyn

Another wonderful difference to another person's life:) Mike sure can take it from there to lead a meaningful life.

Hi Doris .. another great story - especially as it has a happy ending .. and wonderful to read that Mike has a purpose in life .. I bet he helped so many in his residential care unit - suddenly made his life worth living again .. and the fact that his family were able to see him - thanks for another great post - Hilary

>>...Mike beamed, “Thank you for everything!” he said, holding up his coffee mug as if he were toasting his triumph over his homelessness.

And the moral of the story?:
All's well that ends w...ith a toast from a mug of Irish Coffee.

Uh... OK, maybe that's not really the moral of the story but... we each have our own interpretation of the facts, right?

Great story. I assume Mike finally "hit bottom"...because in my experience, that's what has to happen before positive, permanent change can occur.

Now I'm ready for my second cup of coffee :)

Thank you so much for this wonderful story. I wish they all had happy endings like this one.

I loved this story and the positive ending but then you are so good at that. He sounds like a sweet man and I am glad he got the help he needed.

Thank you for a positive and lilting story of success. How gratifying it must be to make a difference in someone's life, and be able to know that the changes continued.

Another great story. I'm so glad it had such a happy ending.

Thank God! Mikes story is a good one. I loved it.

This story is filled with hope. So glad that Mike found the right place to live, and kept his coffee cup filled!

What a joy to see this unfold before your very eyes, against all odds.
Love to you,

Wonderful story. I recently put an autobiography book on my Audible wish list. It is by a woman who was homeless and finally overcame it and went to college. I guess I have some curiosity about what is like to live that life ... or, I guess I should say, climb out of that life. Thanks for sharing this story.

Interesting story! I use to volunteer in nursing homes- they are wonderful places to visit!

There is a storehouse of knowledge there and I use to love hearing what the elderly folk had to say!

Thanks for sharing this story!!

Oh- I absolutely adore that sign! Keep your coins, I want change! Timeless!!