Is It The Right Room? 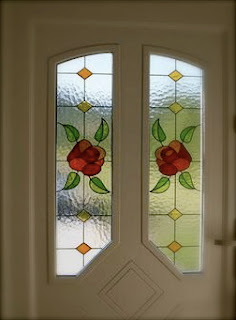 “Excuse me, ma’am,  I am looking for Anne Smith.”
A nurse assistant heading down the hall at a fast pace, holding a meal tray, turned around to see who was talking to her.  She glanced at a man in his seventies, wearing a blue buttoned-down shirt and black slacks, with shiny leather shoes. The man was a visitor.
“I believe she is in room 302.”  The nurse assistant pointed out the hall.
“Thank you,” the man politely said, as he headed to the 300 hall.
The man stopped at the door of room 302. He timidly knocked on the door, slightly poking his head into the room. He glanced at a lady resting in a recliner, watching the news on a mid-sized TV mounted over the wall.
The lady cocked her head and fixed her gazed on the stranger.  She frowned, and remained quiet.
“I’m sorry, I was looking for my sister, Anne Smith,” the man said, with an apologetic expression. “I guess I was given the wrong room number.”
“A...An... Anne’s room is 304... just next door.” The woman seemed to gasp for air, staring at the intruder. “Excuse me...”  The woman took a deep breath. “Are you Earl?”
“Huh? Yes, I am.” He startled—his mind racing with thoughts of uncertainty as to why the woman in 302 would know his name.
“I’m Claudine Webb.” The woman flashed a big smile. “Don’t you remember me? We met in high school.”
“Claudine!” Earl exclaimed, struggling to manage the surprise. The girl he had a crush on in his senior year of high school was there, in front of him, sixty years after their graduation. Claudine and Earl were good friends, but Earl never confessed his attraction to her. Earl didn’t want to interfere between Claudine and her boyfriend.
Earl learned later that Claudine married her school sweetheart. He believed he did fine by remaining single. He was too busy to settle.
After retiring from the Air Force, Earl decided to make Jacksonville, Florida, his place of solace.  Additionally, it was a good location for his part-time job as a Consultant. He had been blessed with stable health—even now in his aging years.
Earl had flown from Florida to Missouri to visit his sister, Anne, after learning she had sustained a fall resulting in an ankle fracture. Anne came to our facility for a short-stay, until completing her rehabilitation.
“Oh Lord, who had imagined that I would see you again after all these years?” Earl  looked bewildered. His thoughts promptly engaged in a debate, whether to continue talking with Claudine and catching up with her life, or going to look for his sister Anne. While in the midst of his confusion, a cheerful voice interrupted his train of thought.
“Earl!” Anne’s voice echoed throughout the hall. Rushing in her wheelchair, she was anxious to meet her brother, as staff had let her know there was a gentleman looking for her. She was expecting Earl’s visit, so she was not surprised, but rather blissful.
Anne joined Earl in Claudine’s room. Anne flashed a grin, perplexing Earl.
“What’s going on?” Earl asked Anne.
“I guess you found out about Claudine being here before I could give you the surprise.” Anne continued smiling. “Claudine didn’t know about you coming to see me.”
“You little stinker!” Claudine exclaimed, then laughing.
“Claudine is here for rehabilitation, as well,” Anne said. “She lives alone, as her husband passed away five years ago. She can’t go home until she gets stronger.”
“Huh!” Earl smiled. “The misfortune turned out to be the opportunity for this pleasant reunion!”
“A lovely reunion, indeed.” Claudine spoke with emotion, her eyes fixed on Earl.
“I didn’t get the wrong room number after all!”  Earl’s flirtatious words sounded like music to Claudine’s ears.
“Earl..." she sighed. "It was the right room number.”
Photo Source
Posted by Hold my hand: a social worker's blog at 9:48 PM

So sweet. Tell me this is true?

This was such a beautiful reunion. Life springs delightful sirprises like these

I've heard that everyone who's marriage was not so happy longs for an old flame to show up in their lives after they've been widowed! A second chance at happiness even in old age! What a lovely story!

What a nice story! You are on your way to fill a very interesting book with short stories... A joy to read!

What a sweet story and these late in life romances do happen. Guess there is hope for me yet:))
Your stories always touch me, this one made me smile.

This is so endearing, the chance of meeting up after so many years yet it do happen. Thanks for this uplifting post.

What a lovely image of time not cheating them. Right room I would say and a much needed smile for me. :)
Jules @ Trying To Get Over The Rainbow

Just goes to show ya: it's never too late! Sweet story. Thank you, ma'am.

What a lovely story of reunion! I find myself hoping it's a true story. I've known a couple who reunited after many years and it was just so sweet for them.

Mind Of Mine said...

Did this happen in where you work? It is a really endearing story.

Hi Doris .. it's a great story .. funny how coincidences happen in our lives .. just a lovely read - full of joy and happiness.

What a beautiful story Doris.

Such a sweet story! We need to look for surprises as we grow older.

LADY DORIS ~
What DOESN’T happen in these places where you work and care for others?!

Hey, I was pleased to learn recently that you will be appearing as a guest blogger on Arlee Bird’s “Tossing It Out” blog at the end of August.

It seems I will be out of town on that particular day, but I will certainly catch up on it when I get home and see what you had to say at Arlee’s place. Have fun!

What a sweet reunion - a moment of divine intervention. Love the word blissful.
PS: Thanks for the book. I love it. I shared it with a friend who quickly read many of the stories, smiling and nodding her head, while we were at the assisted living center. Her daughter is one of my students and they were sharing their music there this week.

Hello my friend Doris! Always nice to come back to read your beautiful article. Very understandable , simple and elegant. I wish a excellent weekend for you, with very smiles and peace! Visit me too. Greetings from Rio de Janeiro/Brasil.

Hi Doris,
I am so happy that you visited my blog today and thank you for the well wishes on my surgery.
I enjoyed your story so much. You have a wonderful imagination. I will be happy to read more of your stories, but you'll have to excuse me if I don't visit for awhile. I don't know how things will go after this surgery and while I hope to be able to visit everyone, it may take me a while to get back into it! But I will. Again, thanks for stopping by and the lovely story!
Love Di ♥

Awww, such a lovely story!

Oh, such a sweet story! I love a happy ending.

Oh, so soft and sweet of a story.... Love never dies--meaning that when one loved-one leaves, God sends another. He knows our hearts better than we do. This is such a beautiful and touching story. Could this be the beginning of another bookmark? LOL! No! I must create one for "Regrets," first. Be blessed, my friend.

P.S. Thank you, so much, for using my Etsy shop for your inspirational gifts. Many blessings!

Hi Doris~~This is a great story. Very uplifting! This is my first time to visit and I will be back. I would follow but don't see it. Will check back later though. Thanks for coming and joining my blog. I am honored!

Life is full of surprises, what a sweet story.

Fabulous story...thanks for visiting my blog.

I really really hope this is true, because it is THE cutest thing! Wow.