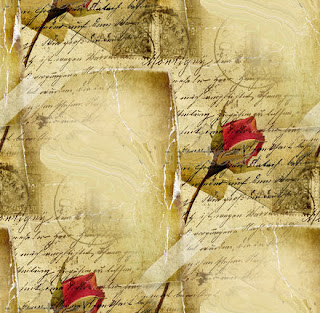 Another summer day. The temperature has been warmer than expected.  Patty listened to the news alluding to the scorching weather. Yet the heat wave wasn’t Patty’s chief worry that morning.
Patty’s health had not been the best in the last couple of weeks.  She had missed a few days of work.  Missing work made her feel uneasy as she rarely did.  Patty was one of those exemplary employees.  As a retired school teacher, she faithfully followed the principles of discipline and work ethic she taught in her thirty years of instructing middle school students.  Now working in social services in a nursing home, the nature of the job made no difference; her principles remained inviolate.
Patty had never been a morning person.  But she decided to drag herself out of bed way too early this particular day—for no apparent reason.  She opened her closet door, and glanced inside, trying to decide what to wear. It certainly had to be something casual and comfortable.
She remembered that a pair of lace-up sandals were at the very top of the closet.  She had only worn them once.  Patty stretched to reach the sandals, and with some difficulty, was able to grab them by the laces which dangled over the edge of the shelf.  As she sat the sandals on the floor, she noticed something had dropped from the top of the closet.  She frowned, focusing on an envelope lying on the floor, near where she had placed the sandals. She picked it up. It was a letter mailed to her in 1968.
My mother’s letter!
Patty recognized the envelope as containing one of the many letters her mother sent her during her junior year of college.  She sighed as past memories rushed into her mind.  She vividly recalled her excitement when she was accepted to an out-of-state college.  Knowing that she would be away from her mother brought her as much happiness as she anticipated her college experience would bring.
Mother was so mean...
Resentment gnawed inside of her, despite the almost twenty years since her mother’s death.
Patty looked up into the closet.  She had pulled a card box in which she kept her mother’s letters halfway off the shelf in her quest for the summer sandals.  Patty jumped up and grabbed the box with one hand as she clutched the letter against her chest—  unconsciously placing the letter closer to her heart.
She turned around and fell onto her bed.  Lying on the bed, she began leafing through the stack of her mother’s letters.  Patty pulled the letter from the envelope she held next to her bosom and read it.  Her heart pounded as she carefully read each line.  Her mother’s words rang different to her now.
Nothing like how I read my mother’s prose in my younger days.
The letters now bloomed with words of wisdom and love.  Patty’s eyes welled with tears, blurring her vision for a moment.  She wiped her eyes, and continued reading letter after letter.  More tears streamed down her face. Unexpectedly, Patty felt light-hearted. Peaceful.
Searching for the meaning in her heartfelt moment, Patty realized she may have discovered something she had missed in her mother’s letters.
These words express my true mother, her feelings about me.  Patty sighed.
I was too young and immature to understand my mother’s struggles and burdens. Hurtful feelings blinded me from seeing beyond what I believed to be my mother’s harshness.
Patty felt the loving spirit of her mother that day as she never had before.  While part of her believed it was just coincidence that one of her mother’s letters happened to drop to the floor that morning, Patty preferred to think that it was a gift from her mother to brighten her day.
Patty thought of how special her mother was every time she grabbed a pen and paper to send her a loving message.  Beautiful words preserved for forty years now.
Letters genuinely inked with love.


Photo Source
Posted by Hold my hand: a social worker's blog at 6:16 AM

Lovely touching story. Sometimes when we are older we are also blind to what our mothers did for us.

Thanks for the reminder.

Most moving, I have a son who has disowned me for reasons I don't know, I hope it never gets to the stage when it is too late, I have phoned, text, emailed to no avail.
I shall get on with my life but how I miss my grandchildren.

What a touching story. Often one looks at things differently with the passage of time...

hello doris, a moving story, almost moved me to tears, and you tell it so beautifully. my mom texts me all the time, i must remember to appreciate each one. thank you.

A very heartfelt story! I am sure that this is a universal story that many could identify with. This essay would make for a nice published piece, I bet!

What a beautiful post -- and so true! So often the wisdom of age and the perspective of time allows us to see a person or a situation in a whole new light. I have the feeling that Patty's re-discovery of the letters and of her mother was no accident!

Hi Doris,
This is such a nice post and a very touching story. We do not realize that sometimes what seems to be tough is actually the best advise. I have missed a lot of your entries. I shall go back and read them. I am sure they are all very thought provoking as usual:)

We often do not realize the value of things when we have them.And we forget to express our love and affection to parents the same way.Once we lose them for ever,memories of them will bring tears.

When we're young, we see loving advice and wisdom as interference.

Indeed, written letters are such a treasure... They can mean the world to any person at any stage in life. Luckily it meant more for Patty at a later stage in life. She is blessed!

How easy it is to misinterpret our parents love when we are in the full swell of youth - when we are trying to break away and be adults ourselves.

That said - how difficult it is for some parents to let go and engender resentment.

When the birds fly the nest - it can be difficult - for both the parents and the chicks.

The art is knowing when to let go and also for the chicks to realise that their parents tried their best.

What a beautiful post and how true. Words carry different weight and meaning when years temper them. How wondeful she got to revisit those words.

I wonder how many people have experienced this same situation after their mothers were gone? So many times, we don't value them until after they are gone. Lovely story. Thank you for sharing that with us!

Age and matturity makes us see things with a renewed and different perspective. Lovely

This was a lovely story, and a sweet reminder of a good reason to keep letters. Our perspective can be dramatically different when there is the passage of time. It's sad that letters aren't written as much anymore. What will be saved by future generations?

So precious! Reminds me of a story my pastor tell about a young man in jail who writes his father asking for money to get out. The father, who cannot read asks a blacksmith to read it to him. It read: Dad,I'm in jail. Send me some money so I can get out. The blacksmith read it gruffly and curtly and the father replied "if he's going to talk like that, I won't send any money!" Another day he asks a school teacher, a sweet soft-spoken woman, to read the same letter. She read it with compassion and sweetness. The father said "if he had asked that way the first time, he wouldn't still be in jail!"

I guess it really is how we read it, isn't it?

Hi Doris .. so interesting the way we interpret things after the years have rolled by - realising the pieces of the puzzle that have sat there, but not been put together.

Thanks for this .. especially now - I've gathered my thoughts but I think have few letters or correspondence left .. memories, photos (some) and lots of words in recent years ..

and I love H Rae's comment .. it is the way we read things .. cheers - hope you're not baking too much.. the weather sounds rather uncomfortable .. Hilary

the perfect post for me to read-
often hurt feelings cause me not
see that someone cares for me.

Lovely post. Amazing the changes in our view and our perspective as our skin changes with the years. I think time opens up our understanding and softens our heart

When I first moved out from my family, i wrote a few letter to my daughter... emails or print copy, I still not sure my daughter had read it or not, she is 15 then... she's 18 now, we don't get on really well at home, I just love to know what she did to my letter... did she brother to read them, i still see her but we bite each other when we talk, I am doing no eye see these days, its a chinese saying. And I'm thinking to do a letter one day, just want to show her... in case... oneday she have my bipolar, just want to show her... Mum is coping and copying well. Just hope she never need to open that letter. Mei

Doris, this story really hit home for me. I never had quite the same experience but I lost my mom while I was just 12 yrs old. As an adult I would give anything to have such letters from her to read now so that I could glean her love and knowledge from them. Unfortunately as fate would have it there was nothing like this left to me,as she died suddenly.

This is so touching, we should never take for granted those times spent with our loved ones.

Thank you for your time to share this excellent and informative post. It 's my first time, during my visit here. I found a lot of material in your article. Keep it up. Thanks.
Nurse Plus

Ah, yes, reading something with a new perspective. A sweet memory unfolds.

Such a beautiful story with a powerful message about perception, maturing, and forgiveness. Thank you for another amazing post.