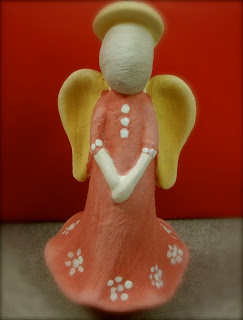 “I am afraid we can’t meet his needs...”  I lamented.  I clutched the receiver to my ear, wishing that the hospital social worker on the other side of the line could sense my frustration, flowing through the telephone line like a river of regret.
“You can try an interpreter,”  the social worker insisted.
“He is too weak.  He won’t be able to communicate with an interpreter.”  I sighed as thoughts raced in my mind, struggling with the decision of whether to take Mr. Alexander under our care.
Communication was the challenge, as Mr. Alexander was deaf and illiterate.
Hospitalized for several weeks, Mr. Alexander had suffered a significant decline in his medical condition.  His prognosis was very poor.  In the hospital, he had made clear to the doctors and medical staff that he did not want aggressive treatment or intervention to prolong his life.  He had previously made his wishes known through an interpreter.
He had become very frail. The hospital couldn’t do much for him in his condition. He had no family or friends.  He needed the expertise of a long-term care facility.
After asking the social worker to give us some time to discuss the case, I sank into my chair, placed my elbows on my desk and rested my face in my hands.  My mind was in a whirl of thoughts about Mr. Alexander and his unfortunate situation.
A strange feeling, an impromptu decision, rushed me out of my office.
I need to go to the hospital!
I walked into the hospital.  Uncertainty flooded my mind, yet I knew I had to see Mr. Alexander.  I walked the long, polished floor of the hallway until I spotted his room.  I knocked at the door, as is customary.
A slender man in his late seventies was laying in a bed.  He looked worn out, his gazed fixed on the ceiling—like if his mind was away, far away from that place.  I stood by his bed.  I tilted my head, to his eye level.  He looked up, staring at me.  Behind those round hazel eyes I perceived a mix of sad and endearing feelings.
I smiled at him.  He smiled back, for one brief moment.
I touched his hand.  A feeling of compassion enveloped me.  I held his hand in both of mine.  His frail fingers attempted to grasp hands, but he was so debilitated that his hand dropped almost motionless on the bed.  He glanced at me again, then he shut his eyes, and went to sleep.
Neither words nor an interpreter were needed to communicate between us.  I knew what he wanted—and needed.  He wanted caring hands to help him in his last journey—in this world.
Now my decision to help him was resolute.
Mr. Alexander arrived to our facility that same day, late in the afternoon.  I went to his room before I left for the day.  I glanced at him.  He was sleeping.  I was relieved that he appeared peaceful. And I felt peaceful as well—or so I thought.
That night, I woke a few times, thinking of Mr. Alexander.  I don’t normally experience work induced restless nights.  I try to disengage from work when I get home.
But that night—that particular night—seemed out of the ordinary.
I tried to relax with the thought that Mr. Alexander was being well-taken care of.  I finally went to sleep for a few hours.
The next morning I got up earlier than usual, and by seven o’clock I was already walking the halls in the nursing home.  I approached Mr. Alexander’s nurse and asked her about him.
“He’s still with us!”  She exclaimed.  “I just left his room.”
I headed to Mr. Alexander’s room.  His appearance startled me as he looked worse than he had the last time I saw him.  I held his hand.  It was warm.  I fixed my eyes on him.  After a few minutes, I saw no signs of breathing. I drew closer. He was still.  I called the nurses. Two nurses came in and examined him.
He had just passed on.
“Strange...” his nurse said. “It’s almost like if he was waiting for you...”
“Yeah...” I spoke softly—struggling to find words as tears welled in my eyes.
Mr. Alexander had died in his sleep.  In a peaceful dream, I hoped.
Posted by Hold my hand: a social worker's blog at 8:26 PM

In a peaceful dream, with a caring hand. All in any of us can ask for Doris. A big hug!
Jules @ Trying To Get Over The Rainbow

Hold my hand. What a perfect name for your blog. You give the patients more than a hand, you give them care, empathy, caring.
Thank you.

It is so sad to feel that someone is so alone with no one to care. I am so glad he had you to care to the very end! You are a very special lady!

Those are such special times when we connect with people without words! Our volunteer appreciation event this year has the theme Passion for Compassion! That's truly what we need and in a special way for those at end of life. God bless you for showing His love in a compassionate way. I have no doubt Mr. A. was waiting for you! You have a treasured memory!

I used to think human beings are born alone and die alone even though there are people around his/her bed.

Such a moving story. Bless you for supplying that caring touch.

Doris, it is so obvious that you are such a wonderful, compassionate person. But, it is obvious that you gain so much from your patients as well. We are most grateful that you share all of this with us.

Hi Doris .. that is an amazing story .. and one I can believe .. thank goodness he had caring hands and peace.

God will bless you for this Doris. So glad you took him in. You gave him a peaceful, dignified farewell.

Thank God for your tender heart and willingness to listen to that voice inside. This is such a moving story - I have goosebumps.

Bless you- this just gave me chills. You are so strong- I hope to be able to learn from these types of experiences.

Guess that in our subconscious mind we still can feel and sense those that really need us. Whenever a loved one has passed away, I've sensed it even thousands of miles away. Either with a migraine that came out of the blue and left me the same way when the moment was gone. We cannot fully understand how our souls can mingle together but yours did mingle in the purest sense. Thanks for doing so and for graduating evermore in your care taking here on earth.

This was a very sad story, indeed!

I'm sorry to hear that Mr. Alexander passed-on, but at least he is not experiencing anymore pain.

How are you feeling? I know that your profession is a Social Worker, but it couldn't be easy to hold the warm hands of an older man who had just passed.

Making a dying man wanted and cared for is not a simply thing. And when death takes him, letting him know life is not destitute is a great thing. I wish he is still smiling back at his life. You have a done a great job. I would like to share this link with my friends.

You said that you try to disengage from work when you get home, but I think the compassion must be with you all the time.

I'm glad he had someone who cared when it was the most important.

I think you gave that man a sense of peace and showed caring in his final hours. What a gift you have.

You have a wonderful touch of compassion and caring.

It is a great thing the man had you beside him on his last days on this earth:)

My wife works in an assisted care for the elderly home. I have heard so many compassionate stories like this from her - she grows so fond of and attached to the clients and is deeply saddened when one passes, and, of course, they ALL do, sooner or later.

Touching piece, Doris, I only hope and pray I can pass from this plane with such peace and have caring people like you with me.

doris, this is a wonderful story...sad, but a peaceful ending...

Your compassion shines through! Thank you for this story,

It's nice to know there are people like you who make the lives of others more peaceful. I loved this story, it was beautiful. I love the compassion you shared!!!

I'm stopping in to welcome you to the A-Z Blogging Challenge! I'm a co-host should you need anything don't hesitate to ask! Most of all have fun and I look forward to checking back to see your posts!

Wonderful and warm, just like the Spring sunshine we have been recently enjoying! What a marvellous deed - to help someone pass to the other side on the lonliest and last journey of his life. Blessings! P.

You were there for him and that counts for a lot.

As a deaf person who relys on an interpreter when need be I can attest to the fact it takes a lot of energy to "use an interpreter", sigh... so much energy. You can't lie back and listen. Eyes must be open and focused. A difficult situation.

Hi, Doris, I came to visit your blog after Rita, from Grammy's Sweet Nothings, recommended your blog. These stories are so sad and so full of humanity. You have such a kind heart.
I was with my mother and husband when they both passed away. Although sad, it is also a gift to be with someone during their final moments.
Blessings,
Anita

You inspire me. Ive been into social work since I was 14 and there are people who do it to get attention. It pisses me off to no end. I'm glad for people like you, the world needs more.

a tender moment - thank you for
sharing one human being reaching
out to another.