New Year: Celebration of a Second Chance at Life 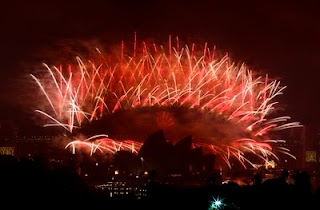 What an awesome story - a miracle! All glory to God!

Oh Doris, you never cease to amaze me with your stories. I thought for sure this would have me in tears by the end, and I was. From happiness.

You are surely the most gifted story-teller I have ever met. Thank you.

Wow! Now that is an incredible story. Steve has what so few ever get - a second chance at life.

Great story narrated in a very gifted way. The story about Steve has all the 'ingredients' of a powerful drama with a happy ending.
Steve's picture is "worth a thousand words".
Thank you Doris for bringing it to us.

That is an incredible story! So glad it worked in the end for Steve and that he got close to his Dad before he passed away! Sure he can support far better than any 'trained' person; as he's lived the life those patients are going through!

What an amazing, amazing story! And a great one for a new year!

I would like to use part of this on a radio program if you don't mind.

That is an incredible story. It says so much for hope, faith, and life. It is also a testimony for organ donation. Thank you!

What an incredible story! God is so good. I'm glad Steve is now using his life experiences to help others.

Sreve is a true inspiration - his life a powerful witness For God.

This story is just too beautiful! What a blessing Steve is... and what a wonderful work God is doing in his life. Thank you for sharing this, Doris. A true blessing. bobbi

What an amazing story to begin a new year. Thank you for sharing. I always enjoy reading your blogs.

thank you for your blog. it helped me when I was caring for my mom. She passed away on Dec 27. we rejoice at her life, here, and continuing in Heaven. You have blessed us with this blog.

Awesome and incredible. Wow. Blessings to you Doris.

What a wonderful story with a happy ending. Faith is the most important thing in my life as well. I enjoyed reading this miracle. Even when times are difficult, faith allows us to wait it out and remember our purpose without fear.

amazing story Doris as always! Wishing you and all the good people in the world great New Year!

Wow, what a great story!!! Thanks for sharing! :D

I knew yesterday I needed to wait to read this and I am glad I did. What a remarkable story and yes inspiring. With all that modern medicine can do... I still believe in the miracle of prayer. :)
Jules @ Trying To Get Over The Rainbow

Oh girl, this is one amazing story that truly touched my heart. What a miracle Steve and his donor are. God is good.

Isn't it great to meet someone especially when you thought you'd never seem 'em again.

I have some success stories from my Special Ed class and I just love when I get to see 'em again.

God bless you sweetie, you touch so many lives.

It's so good to hear this story has a happy ending. I too had a friend named Steve who spent much of his life abusing his body and ended up in a nursing home diabetic and with both legs amputated. He died a couple of years ago at age 55. It was a tragic waste of a life.

What an awesome story, thanks for sharing:)

I love this story~!! Congrats on the news of being published!! Every one of your stories touches the heart and that is what readers love.

Steve's story is amazing. There is always hope when we think there is none.

Truly a miracle for this man...I work as a dialysis/renal social worker and this case sounds so familiar except most do not have this wonderful ending.
Now, if you have any contact with him please tell him to take care of his kidney by always taking his medications ( anti-rejection). After a certain amount of time Medicare will stop paying for them so he needs to let his transplant social worker know if he has any problems paying for his meds. The transplant social workers can help patients get the meds that they need. Patients are very proud and I have seen recipients lose kidneys because they did not make their needs known.

What a wonderful and inspirational story. At the beginning, I never thought it would have a happy ending. I love to read your posts - my daughter is a social worker in a nursing home, and I sometimes share your stories with her. Have a very Blessed New Year!

Hello, I found your blog and like it. I am a college student majoring in social work. I am currentlty looking for grad schools. I have a social work talking my senior year of internship and my social work classes. Please follow social blog at http://swktalk.blogspot.com/

Doris, I just wanted to say that the way you wrote my story is amazing. You did a great job. It almost brought tears to my eyes. I get pretty emotional every time I think of all the things that I've gone through in life anyway.
I also wanted to say that God is the way to get through anything you're facing. If you have no faith or something to give you the confidence that things will get better you'll be knocked out before the fight even begins. God is love, strength, and full of mercy and grace. It is only through Him that I am here today. Everything happens for a reason. We may not know what that reason is right now and may not ever know but God has a reason for letting us bear the burdens we bear. He will not give you more than what you can handle though, so never give up hope and always have faith.
Thanks Doris and congratulations on being published.

Thank you for this amazingly uplifting story that inspires me richly!

Steve's story is a miracle....I love this story. thanks so much for sharing it.

What a fantastic story, and so uplifting. Thank you so much for sharing!

What a wonderful story of triumph over adversity. Truly wonderful. Makes one count their blessings in more ways than one. Thank you.

Wow, what an incredible story. It's amazing how much suffering some people have to endure. And now, he will help others. His words, his thoughts and his prayers are special because he has lived through it all. Beautiful story, love the happy ending.
Andie

I believe in miracles, I've seen miracles, but Steve's story is not only a miracle, but a story of hope. Good things can still happen even at the end of the rope

Doris: Your stories are so inspirational. This is one of the best. Congratulations on the awards you blog has received. It is easy to see why.

What an inspiring man Steve is, a great human being, full of determination and, most importantly, gratitude. He knows how blessed he is; and he, in return, is a blessing to others. I'm filled with such positive feelings when I hear stories of people like him. The media feeds us mostly stories of disaster. We need stories about the quiet heroes like Steve who, if we look around us, are our friends and neighbors! People who struggle with adversity and overcome their afflictions. Such great examples of courage!!

Working in "nursinghomes, And skilled rehabs" I too have experienced individuals of all ages. Sometimes their outcomes are wonderfull, and some end not so well. There is nothing like having the blessing of being involved in there recovery/destination. I am sure you experience stress in your position, visit my site and post some of your experience. Thx

WOW! What an awesome story. I've got goose bumps. Thank you for sharing and I hope Steve's live is forever a tribute to the young donor wihin.