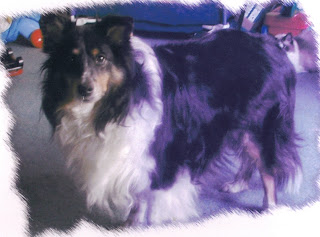 “Can I bring my dog with me?”
“No, Mrs. Johnson, pets are not allowed to live in the facility.”
Mrs. Johnson’s health had significantly declined in the past year. She had tried very hard to stay at home. But multiple falls and her increasing need for daily assistance forced her to make the decision that no elderly person wants to make: moving into a nursing home.
Mrs. Johnson was ready to give up the home she had rented for years. Although she cared about her furniture, clothing, books, photos, jewelry, and everything else that reminded her of her life, nothing would compare to her prized poodle, Gizzie.
“I came into this world with nothing, I can leave this world the same way,” she commented. “But I just can’t abandon Gizzie. She is my baby,” She said, determined.
Mrs. Johnson had been a widow for many years. She had no children or close family. “Gizzie is my family!” Mrs. Johnson exclaimed with tears in her eyes. “She has been my companion for fifteen years.”
Dogs have played a special role in my experience as a nursing home social worker. I remember one woman who came to a facility where I worked, wanting to talk to the administrator. She told the administrator that her grandmother had recently died, and the family wanted to donate her dog to the nursing home.
“She likes older people, and is really good to them.” the woman stated. "She is up-to-date on her vaccinations and is well trained."
“I will be glad to take her,” the administrator replied. That very same day Koya, a beautiful black and white Collie, was brought to the facility.
An odd resident, I mused, grinning.
Koya was, indeed, a good dog. Calm, kind, obedient. She loved the residents and some began giving her dog treats. Soon Koya had established her daily route down the halls, collecting her treats from the residents she knew would have them.
My son Ernie was a high school student and worked part time in the nursing home, helping in the kitchen. Ernie joined the club of Koya’s fans, petting her and handing her treats. Suddenly, Koya started to follow Ernie on his way home as we lived within walking distance of the facility. The next I knew, Koya was spending nights on our porch, and days later, she was comfortably sleeping in our house. She became our part-time pet.
Koya alternated her time in between the nursing home during the day, and our house at night. She gave companionship and love to the residents. And to Ernie and I as well.
Koya had been like an angel to her former owner, and her mission was not over after the elderly woman died.
She is now our angel dog, I thought.
After several months with us, Koya, who was already elderly herself, became very ill and had to be taken to a vet hospital. She spent a few days there and, sadly, had to be put to sleep. This information was handled with caution as we didn’t want the residents to get upset. But in my times of solitude, I shed several tears.
“When will Koya be back?” Ernie had asked. “I don’t know,” was all I could say.
I didn’t let Ernie know she was put to sleep until I was certain he was used to her being absent. For a while he continued thinking she was in the hospital. By the time I revealed the terrible truth, he seemed more prepared to handle it. Or perhaps I was more prepared to tell him.
I understood why Mrs. Johnson was so heartbroken about giving up her dog, Gizzie.
“I’m so sorry, Mrs. Johnson,” I sympathized. And I felt so helpless.
But something wonderful happened.  A home health nurse that had assisted Mrs. Johnson for a long time, and who had bonded with her, offered to take care of Gizzie, and to bring her to the facility for frequent visits.
“Thank you!, thank you!” Mrs. Johnson exclaimed with excitement, and tears rolling down her face.
Thank you, God. I silently prayed.
Mrs. Johnson transitioned well into her new living environment, and enjoyed Gizzie’s visits almost daily. Mrs. Johnson voiced no more worries.
Months later, Mrs. Johnson’s health declined rapidly. In her final days, the administrator made an exception and allowed the dog to stay with her in her room. Gizzie watched over Mrs. Johnson with tenderness. She laid in bed with her at night, like in the old times, as Mrs. Johnson had mentioned.
Mrs. Johnson’s angel dog, I mused.
With her hand on Gizzie’s soft and warm body, Mrs. Johnson took her last breath.
Peacefully.
Posted by Hold my hand: a social worker's blog at 6:01 PM

That's wonderful someone was able to take her dog and bring him for visits.
Pets are indeed family. It's sad to think anyone would have to give up a family member like that.

Love the ending with the dog by her side. Death with dignity. We have so much to learn especially with our self imposed rules, preventing life from experiencing all it is meant to experience.

You should look into sending your stories into Guideposts magazine.

Have a great weekend! :O)

We have P.A.T. dogs here who visit the local old people's homes, and they bring lots of pleasure to the elderly.
Some who are in the stages of dementia have been know to calm down and talk to the dogs.
Dogs have been proven to bring down blood pressure just by stroking them.
Loved this post!

Some assisted living places will allow pets. I'm so glad that her baby was with her.

I second the Guideposts suggestion. It sounds very much like their type of work. Moving story.

Oh dear this made me cry.
I am so glad I found your blog.

What a beautiful and touching story with just an equal message. Thank you for sharing. Blessings.

There is an organisation in the UK called the Cinnamon trust who's aim is to help older people look after their pets when they get too elderly to manage them, and campaign to have pets allowed in some nursing facilities. I used to volunteer to do dog walking for them.
http://www.cinnamon.org.uk/

I'm sure there are stories about other types of animals that many would attest to being a part of their family, a dog just seems to bond in such a special way.

Your story of Mrs. Johnson and Gizzie typify that kind of bond.

That was such a wonderful and yet sad story. Thank you for sharing it.

I cry every time I come to your blog Doris!! I have two weak points: animals (especially dogs) and grandmas/grandpas. This was a touching entry. Dogs, I too believe, are our angels. I have had some in my life (currently my beloved Lucas and Mateo), and will be thankful for their company forever.
Thank you for sharing.
have a great day!

Stories like these make us want to go hug our dog. ;)

Happy to read your this story---in fact in India it's told that your pets(spaicially dogs) take allproblemes, accidents or mishappinings on his own life---if any comes on that faimily.so i think we should treet them like a faimily members.
With best wishes.
Hemant

I have heard of the theraputic value of dogs keeping company with the elderly and children in cancer wards. They could be very good companions for someone in one of these environments.

I agree with Diane and Karen G, Guidepost or even Reader Digest. Your heart warming stories would be perfect for both.

This was such a touching and TRUE story. Dogs and cats too, can give such unconditional love to their human parents that it will be heart to let go of them...
Our cats have been showing sadness the time that Pieter was in the CVICU for his open heart surgery; got his 4 bypasses on Friday. Today he got home with me and the felines were happy and show that!
I do believe in this and it is also said that elderly with a pet, do live longer.
That way, Pieter will have some years ahead of him! We're blessed for living here in the USA.

Oh wow! A chicken soup for the soul story if I ever read one! (and you know I do::) You need to submit. Your writing gets better every time I vist:)

I'm so glad Gizzy was able to bring her such comfort at the end of her life.

Love is the best comfort. This was beautiful. Thank you.

I am a psychology student, doing research and I know one of the projects in our department looks at the effect of dog companionship in old age homes. Not quite sure how they're doing, but I'll definitely try and find out. As a former dog owner, sadly our family pet - a Labrador named Whiskey - was also put to sleep last year and I still miss him a great deal. This post brought tears to my eyes, and I sympathize with the loss of a beloved pet. I'm glad these dogs could bring solace to these people and I hope in future that maybe they'll implement a support program with dogs in old age homes in more countries.

This was a beautifully touching story...brought tears to my eyes....

That is such a beautiful story. I have cats, and should something happen to me, I worry about them.

Touching.
Inspirational.
Uplifting.
Thanks Doris.
(this note has been dictated while our new arrival a bichon frise of ten weeks lies sleeping over part of the key board.)

Thanks for this. Once I was offered a place to stay at a domestic violence shelter but I wouldn't go because I had loyal pets and they are not welcomed.

This is such a touching & beautiful story. How wonderful that it worked out that Mrs. Johnson was able to be around her dog, especially at the end.

I've read & heard about dogs, cats, monkeys and other 4-legged friends be companions to the elderly. I hope there is more of this in the future as both people and animals greatly benefit!