Tell me about your game, I'll tell you about life. 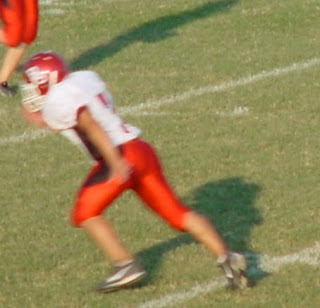 “A game that never ends?” I exclaimed, questioning Ernie, my son.
Ernie was trying to explain to me about EverQuest, an online game which he learned to play in his early teens, and now at age 20, decided to play again.
For those of you not familiar with EverQuest, it is a modern version of the popular game Dungeons & Dragons. The players are assigned a character in a wargame. They engage in adventures,  individually, and as part of a party, or guild. In the process of winning battles, solving dilemmas, and finding treasures, the characters advance their levels of skills, knowledge, and ultimately, power.
I was quite surprised that the game was still going on after Ernie quit playing five or six years ago. “What happens when you complete the quest?” I  inquired.
“Another expansion takes place,” he replied.
“A what?” I asked.  “It means another setting is added, and new challenges are presented to the characters. And with each higher expansion level, it is more necessary to be part of a guild or team.”
Ernie is very animated when he tells me about his battles and the strategies he employed during them. He enjoys being assigned some type of leadership role in the guild. He has also admitted making some poor decisions and suffering the consequences –expulsion from the guild and the loss of his leadership role.
“That sounds just like life, Ernie,” I said.
I used his EverQuest experiences as an opportunity to talk about the importance of having a goal-oriented life, continuously revising our quests, goals, and an expansion of our perspectives.
While EverQuest is a role playing game, it likens itself to our everyday lives.  We often face unpleasant events (fighting  evil creatures).  We must make important, right and timely decisions (dilemma solving) and seek our family, church and community for support (our guild) in making those decisions.  Faith, discipline and respect must be followed (the player's rules of conduct).  There’s the enjoyment of short-term achievements (the treasure hunt), and the celebration of successful expansion experiences (character development/skill advancement).
I believe a meaningful life is based on aspirations and established plans. But, more importantly, on the accomplishment of those goals and plans. Success presupposes that there will be challenges, but courage, confidence, and a great deal of work ethic will assure the accomplishment of success.
I shared with Ernie some of my “quests” in college, work and life. “Wow, mom” Ernie said, “You are the most amazing woman I’ve ever met.” A conversation that began over a discussion of his game turned into a the lesson for life.
“You shall teach them diligently to your children, and shall talk of them when you sit in your house, when you walk by the way, when you lie down, and when you rise up” - Deuterenomy 6:7
Posted by Hold my hand: a social worker's blog at 9:45 PM

I can very much relate to this. I play World of Warcraft, which is similar to Everquest. It gives people of all ages to be people they wouldn't ordinarily be eg leaders, followers, theives etc. At first they think there are no consequences because of the anonymity. But even though it's "just a game" it has very real consequences. It has a great way of surprising, encouraging and teaching. I think these games are so popular becaue, as you say, they reflect life and what people respond to in life.

I myself have never played online games but my hubby tried a couple times. I think the real life experiences are exciting and challenging enough. The fact that what started out as a discussion of an online game turned into a wonderful mother-son discussion on life is a credit to you and your son.

very good post..I just posted on what I learned from chess...very similiar.

Hi Doris,
Thank you for dropping by my blog
I like your blog and and the inspiration here.
As health care professionals we use reflection and I love this and the fact we can learn so much from this process.Look forward to following you and please drop by my blog again.
Enjoy your day.

Good morning Doris,
You have great insite...I love that you turned your son's game into a conversation of life..I love talking about the Lord with my children. This weekend my girls and I will be studying together on our early mothers day retreat. The Lord is so amazing!!
Thank you for stopping by and following my blog. I will be visiting yours too!
Have a great day!
Julie

It is always so nice when we can take something in life and turn it into an opportunity to learn--especially with our children! My daughter and I had a similar conversation recently about the trials of trying to keep a good marriage while raising a two-year-old!

Doris, this was a very important reminder of the importance of meeting our children and patients where they are at, even if it takes us to places like Norrath or Azeroth! Bravo!