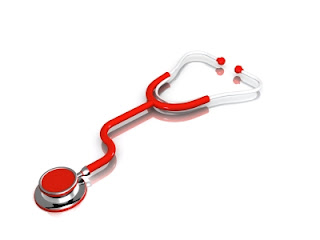 “Where's Ms. Peterson?" I asked Becky, a nurse aide who was assigned to that floor. "She is not in her room."


She was moved to the North Unit,” Becky replied.
Residents with advanced dementia and unable to ambulate were typically moved from the front halls to the North Unit. The North Unit was a smaller hall toward the back of the facility.  There, the residents were presented with activities and routines more suitable to their mental and physical declining conditions.  These residents needed assistance with feeding during meals, a lot of one-on-one attention and, in essence, total care.
“Have you worked at the North Unit lately?” I asked.
“No.  And I hope they keep me in this hall,” Becky said, with unbridled aggravation thick in her tone of voice.
It was not a secret that most of the nurse aides took strides to avoid being assigned to the North Unit.
“It’s a very hard hall,” Becky expressed, and turned, heading toward a resident’s room.
I shook my head, annoyed.  Being a nurse aide was indeed a hard job, from what I had observed.  But the well-being of the residents should take precedence over the difficultly of the job and what an employee thinks is, or is not, a suitable job for the caregiver.  If working as a nurse aide, a nurse, or a social worker in a nursing home festered unhappiness, then they were in the wrong place to begin with.
I headed to the North Unit as I needed to see Ms. Peterson.
As I walked throughout the North Unit everything looked as it should be until I saw a new face. The face of a young man.  He appeared to be a new nurse aide.  I had never seen him before.
While going about his duties, he looked up and smiled.  “Hi” the young man said to me. “How are you?”
He has personality, I mused.
“Are you a new CNA? “ I asked.
“Yes, I was hired two weeks ago.” He replied.
“I’m Doris, the social worker.”
“My name is Andrew.”
“Strange,” I said, “you have been here for two weeks and I haven’t noticed it.”
“I have been working night shifts,” Andrew said. “This is my first day shift.”
“Oh, that explains it!”
Andrew told me that he attended college, and was enrolled in the pre-medical program.
He looked like a smart and goal-driven youth.
“How do you like working in the North Unit?” I asked.
“I love it,” Andrew exclaimed. I was surprised to hear that. It was not a response I had ever heard from the other aides, both in and out of the unit.
“Do you really?” I asked, casting a doubtful look from the corners of my eyes.
“These residents need more care,” he said earnestly.  “So I am learning a lot from them.”
I was afraid I wasn’t following him.  I frowned.
Recognizing my confusion, he continued, “If I am going to be a doctor, I want to get to know people with conditions that need more attention and care.”
“You like the challenge, Andrew?”
“Hm... I’d say, I like the opportunity!”
I couldn’t believe the lesson I was learning from a young man.  Andrew was about 19 years old, and he was already on the right path to not only being a doctor, but becoming a good doctor.  He was humble and caring, reaching out for the sickest residents.
And learning from them.
“By the way, I am looking for Ms. Peterson,” I said.  “I heard she was moved into this unit.”
“She was brought in this morning.  I already met her. She is in the activities room, in music therapy”
I could see that Andrew knew each of his residents thoroughly.  I was certain that Ms. Peterson was happier now.
I saw Andrew only one more time after that day, as he continued working night shifts.  Six months later, I heard that he left the facility as he was offered a scholarship by an out of state university.
But even with him being gone, I continued to hear several people talk about Andrew, about his positive outlook and positive demeanor with the residents.
Andrew left his imprint on everyone’s hearts.
And I was certain that the North Unit would be in Andrew’s memories.
His treasured memories, I hoped.
Posted by Hold my hand: a social worker's blog at 6:33 AM

Excellent! So proud of the Andrews of the world - wish they would stay though and not move on so quickly - although I'm quick to add that we wish them well!! Sometimes I have wondered why people even apply to work in facilities like ours when to them it is just a paycheque. I have seen a few however, who started with a wrong motive, who were mentored by excellent staff and who grew in compassion and kindness over the years!

This guy is definitely a rare gem. It is not easy to come across people with such a positive outlook. It is the quality that matters and this guy has got it.

There aren't many like Andrew. People wish to work in places where they see the good, pleasant side of life. Even the aspiration of a young person to become a doctor is not what it used to be. Parents don't push their children in this direction any more.

It's always refreshing to learn of people with great and big hearts, giving their best in everything. Andrew is still being talked about, and that's a great thing. And something other's should learn from! I'm sure he will excel in everything he does.
There should be more Andrews in the world.
have a great day!

What a beautiful story. It takes a good heart to take care of dementia patients.

Wow I salute Andrew whereever he is. We need more an d more doctors like him.

Andrew, all my best wishes for you as you go through your future!! i hope my daughter keeps a good, positive attitude like yours as she goes through her nursing studies!!!!!

What an inspiring story to tell the world at this time and age. Wow, Andrew needs to be framed in a gild-edged frame for being so humble to work from the heart! One should always ask the question: 'How would I want to be treated IF I ever were in this patient's position?' That will make most of us really THINK differently.
Life is not meant to be smooth from cradle till the grave... That is only a fairytale. But it will change everything if on that oftentimes rough road ahead, we encounter the Andrews who walk with us with real understanding and human compassion. If only briefly, they help us a lot further and the ripple effects of all those with eyes that noticed his kindness is priceless.
Thanks for putting this in words, as well as you did. You have a BIG heart yourself and you do frame many others in such a gild edged frame!

A story well told. It's nice when people leave behind a positive legacy. It helps to make the world a better place.

Isn't it amazin' how much a positive soul affects the ones around him. Oh this would could use more Andrew's.

Extremely touching story and one that I will remember for a while. Thank you for sharing. Blessings.

Any one of us could one day be a Ms. Peterson! Andrew is obviously a young man who looks not on the outer but on the inner man/woman.

Your wonderful story (as always) reminds me of so many experiences with my mother who died at age 97, and with my daughter Jen, and their experiences in various caregiving situations. This may be something to write about in my posts. You have started me thinking. Thank you!!
Ann

Another wonderful story describing two very caring hearts. Andrew will make a great and compassionate doctor, one who really cares about knowing and listening to his patients. And you continue to recognize the unique needs of those with whom you work and give so much love and attention to. Thanks for sharing this.
Andie

If only there were more Andrews. I got choked up again reading this. Thank you!

great job! I find you from Leovi! come see my page too =) thank you

If only more people shared his enthusiasm. You're right, if they don't enjoy it, they're in the wrong line of work.

No matter what job I get, I hope I can bring that type of attitude to it. We're told to do our work "as unto the Lord."

when my son was in ICU, I had a great social worker.

We need to hear more of these stories given the tough stuff that is most often featured in the news. It warms the heart to know that good people make good choices, and achieve good outcomes even in difficult places.

Blessings to you & yours,
Kathleen

First a very moving post. My grandmother is in an assisted living community where we are currently in a battle over healthy food options. I WISH we had an Andrew.

Second, sorry I'm so late in catching up on returning your following my blog but I'm here now.

Happy Thanksgiving.
Jules @ Trying To Get Over The Rainbow

happy thanksgiving to you for tomorrow!

Isn't it great how one positive voice can change the atmosphere of a place! A story idea has been knocking on my brain lately - about a 12-year-old girl and her grandma. The girl is the one to notice that things are sometimes "off" with grandma. Music will be their connector.

Oh he sounds like such a positive person to be around and has left a great impression. Am sure he'll become a wonderful doctor - the world needs more of these lovely souls.

Happy Thanksgiving! If you have a few minutes, please do drop over to my blog, I have a little award for you. ;)

It is difficult, though. Very difficult. It is difficult to sustain the passion Andrew show. To some, it is a job, a job they were able to get to make ends meet, it is not their passion but a job.
I had major surgery twice and was in the hospital one week each time. It is amazing to see how the nurses some working two shifts were so understaffed and yet kept a smiling face in spite of some patients being less than pleasant.
Because of my unrelenting sense of humor, I guess, I got to know them a litte.
It is a very difficult job when it's only a job.

I had the best social worker in the whole wide world. She held my hand when I needed her. Her name was Wendy greener.